Prof Chakaya has been a leader in tuberculosis (TB) control throughout his career, in his home country of Kenya and on the global stage. He has served as the Chief Research Officer for the Kenya Medical Research Institute, and led the National TB Control Programme as its head from 2003 to 2006 and continues to act as a technical expert for the National Programme. In Kenya, he also acts as the technical advisor and director of the Kenya Association Against TB and Lung Disease (KAPTLD). As a founding member of KAPTLD he has steered this organisation to be a leader in TB control, focusing particularly on TB and poverty in urban slums of Kenya as well as Public Private partnerships in TB control. On the international stage, Prof Chakaya is Past-President of the International Union Against Tuberculosis and Lung Disease (The Union) and former chair of the Technical Review Group of the Global Fund to Fight AIDS, TB and Malaria (GFATM). He has been active in both the Stop TB partnership and at the World Health Organization (WHO). He has served three terms as the chair of the DOTS Expansion Working Group of the STOP TB Partnership as well as chair of STAG TB at WHO. Respected for his work and knowledge about the region, he has participated in a variety of country and programmatic reviews throughout Africa. A passionate teacher, Prof Chakaya remains the leading force behind such initiatives as the Kenya Scientific Lung Conference and remains a prolific scientific writer. Prof Chakaya has taken up a teaching, research and clinical position at the School of Medicine Kenyatta University. 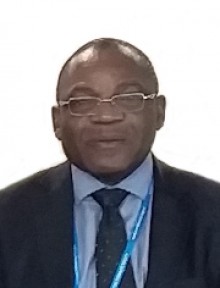